The vaping industry has witnessed a tremendous revolution since Chinese pharmacist Hon Lik invented the first modern vaporizer in the early 2000s. What began as a tobacco-cessation aid has gradually evolved into a lifestyle. This might explain the growing number of celebrity vapers worldwide.

But if you’re new to the whole idea of vaping, there’s a lot to learn before joining in on the craze. For instance, you’d need to know the various types of vaporizers out there.

As you shall find, all vape devices are not made equal. These devices range in design and functionality, from fairly basic to highly sophisticated ones.

Read on for insights on everything you need to know about vaping devices.

The Anatomy of a Vaporizer

It’s essential to understand the anatomy of a vaporizer before becoming a vaper. This information will be beneficial when you’re shopping for the DART Metal One Hitter or other vape accessories from established retailers.

A vaporizer consists of the following major components;

A vape tank acts as a reservoir that holds your vape juice in place. The tank is usually at the base of a vaporizer.

Some vape tanks are single-use, whereas others are replaceable. Single-use tanks are generally more affordable but tend to increase environmental degradation compared to their replaceable counterparts.

A battery is simply the device that powers your vaporizer. Vape batteries are either replaceable or disposable.

Just like single-use tanks, disposable batteries are not so eco-friendly.

An atomizer is the part of a vape device that receives direct electrical energy from the battery. It then converts that energy into heat energy.

Atomizers usually contain coils and a wick that extends from the actual heating chamber to the vape tank. As the vaporizer heats up, the wick transfers heat energy from the atomizer to the tank, where it vaporizes the e-liquid.

Also known as the mouthpiece, a vaporizer’s drip tip is the part that you suck into to draw the heated vapor into your mouth.

So, a typical vaping process unfolds as follows; 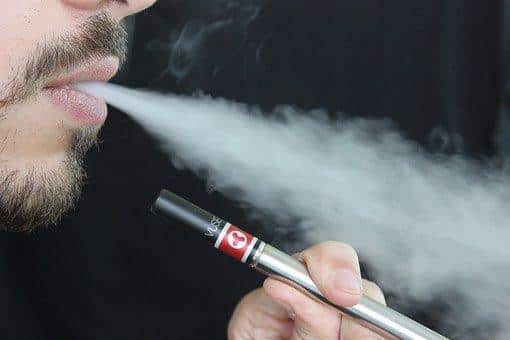 Types of Vaping Devices by Design and Functionality

The vape market teems with hundreds of different vaporizers to suit varied user preferences. Some of these gadgets are designed with durability in mind, whereas others are perfect for vapers looking for a touch of style and elegance.

The following are the major types of vaping devices by design and functionality;

Cigalikes are the most basic vaporizers you’ll ever find. These vape devices are similar to traditional cigarettes in shape and size, hence the moniker.

Cigalikes are recommended for beginners due to their relative ease of use and affordability.

Their pen-like design makes them easy to slip into your back pocket for maximum portability.

Mechanical mods do not require circuitry to operate. Instead, they work via a firing pin which transfers electrical current directly to the atomizer.

Rebuildable Dripping Atomizers, commonly abbreviated as RDAs, require no tanks to operate. These devices hold your e-juice in the wick or a small well, designed at the bottom of the vape unit. To operate RDAs, you simply drip your vape juice onto the coil and fire the device.

Rebuildable Dripping Tank Atomizers (RDTAs) operate in a near-similar manner as RDAs. The primary difference is that RDTAs use a vape tank in addition to coils and wicks. 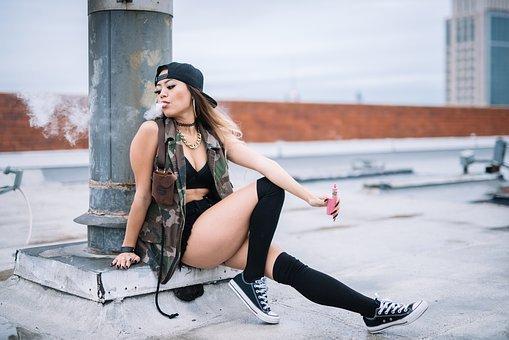 Most vaporizers use e-juices as their primary inhalable substance. Such devices come with a liquid cartridge that holds the e-juice.

However, not all inhalable products come in liquid form. Some are available as herbal extracts or wax concentrates.

Dry herb vaporizers are ideal if you’re seeking to consume plant extracts in their raw, unrefined forms. On the other hand, liquid cartridges allow you to experiment with numerous flavors.

Conduction vape devices work incredibly fast. That makes them ideal for on-the-go vapers. However, these vaporizers usually operate under very high temperatures. Too much heat may distort the flavors in your e-juice, besides damaging the vape unit. 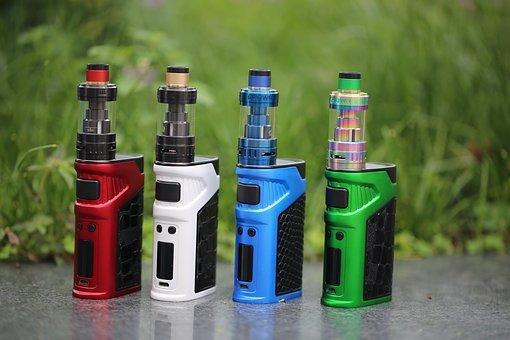 Once you’ve familiarized yourself with everything there is to know about vaping devices, also remember to learn a thing or two about vape juice components. That’s because your overall vaping experience depends on it. Also, note that vaping isn’t entirely risk-free. So, if you must vape, do so in moderation.