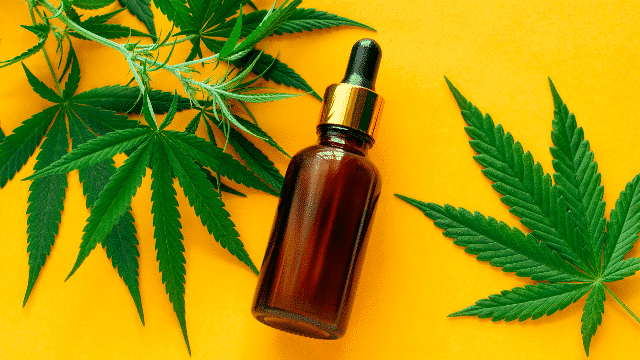 The consumer cannabidiol (CBD) market in the UK is projected to generate £690 million in annual sales this year, according to a new market report.

“Green Shoots – Sowing The Seeds Of The New UK Cannabis Industry” is a new market report released today by the Association for the Cannabinoid Industry (ACI) and Centre for Medicinal Cannabis (CMC). The report features market projections as well as a set of 20 recommendations that the authors believe would serve to maximize growth and innovation in the sector.

Despite little political drive to encourage the UK cannabinoid sector in recent years, the report reveals how the UK market has now grown to boast the most evolved regulatory framework in the world for CBD and the largest retail CBD market in Europe.

With only minimal government intervention and investment, the report argues that the CBD market could become an even more significant contributor to the UK economy through foreign investment, the creation of new high-skilled jobs, and the stimulation of the scientific research and development sector.

The UK has been at the center of many of the most important developments in cannabis over the last twenty years. The first listed cannabinoid pharmaceutical company was the Cambridge-based GW Pharmaceuticals, which sold for $7.2 billion earlier this year. Three British universities – the University of Aberdeen, King’s College London, and the University of Nottingham – rank in the top 25 academic institutions worldwide publishing cannabinoid research by volume. The UK also established a legal framework for prescribing cannabis-based medicinal products (CBMPs) ahead of many other European countries.

“The size of this cannabinoid sector is now impossible to ignore,” Paul Birch, co-founder of the CMC and ACI, said in a statement.

“Today’s report reveals that sales of CBD products up to the year end of April 2021 are valued at £690m, almost a third higher than our last projection in 2019. Almost without notice and certainly by accident rather than design, the UK has improbably become the world’s second largest consumer cannabinoids market.”

Although the growth of the UK CBD market continues to exceed expectations, the report calls for more government intervention and support in order to ensure that the UK gets the most out of what the authors have termed “Britain’s quiet cannabis revolution.” The cannabinoids sector is positioned at the crossroads of the health and wellness, technology, and green economy sectors, the report points out. As a result, even minute changes in government policy could see the UK CBD market become a powerhouse within a European cannabis sector projected to be worth €3.2 billion by 2025.

To realize the full potential of the industry, the report authors are calling for:

The report also highlights an urgent need to reform the rules governing hemp farming. Although Britain’s CBD market is already worth hundreds of millions of pounds, the bulk of the market’s profits are lost to foreign suppliers. This is because British hemp farmers are currently prohibited from harvesting the flowering tops and leaves of the plant for extraction, effectively barring British growers from breaking into the CBD extract market. Given the sector’s massive potential for growth over the next few years, the report authors believe that now is the time for the UK government to adopt a proactive strategy to dealing with the cannabinoids sector.

“With new government support the accidental consumer cannabis revolution that has allowed CBD to become available on every high street in the UK could become permanent, nurturing hundreds of new businesses, thousands of jobs and billions of pounds in exports,” said Steve Moore, co-founder and strategic counsel to the CMC and ACI.

“It’s hard to imagine there many more industries that could benefit almost immediately from the proposals set out in our report.”

All of the proposals put forward by the CMC and ACI report are designed to only require minor amounts of government action, with no need for new primary legislation to be developed. But the report urges that these changes must still be implemented swiftly if the UK is to rise to its full potential in the sector.