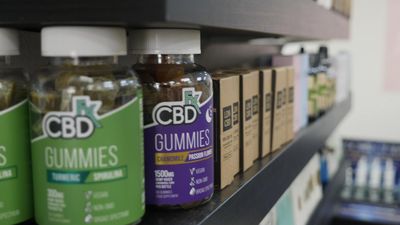 The government’s being urged to scrap rules based on EU law that stop British farmers from harvesting Hemp for CBD oil.

HELEN SMITH: The lush green of Britain’s farming fields, the romantic view of home grown produce, but this crop is contentious. Steve Baren’s fields are full of hemp, a type of cannabis plant.

HELEN SMITH: At this time of year, the seeds have just been planted.

– Yes. That will be a big flower next year.

HELEN SMITH: But the harvest will be hampered. Under the terms of his license, Steve will only be allowed to use the plant stalks and seeds. The real value is found in the leaves and flowers, non-psychotic CBD oil used in a booming wellness market. But those will end up here on a fire, forcibly destroyed. A totally legal product to sell, illegal for most British farmers to produce.

– It feels ridiculous actually. Every other plant in this country, you can get all the value from it. So it’s tough work growing and being a farmer anyway to then be restricted and told you are not that bit, leave that bit alone. But you can import it.

HELEN SMITH: These are the cannabis seeds planted here in the spring and harvested in the late summer when they’ve grown into huge, bushy cannabis plants. Under the current regulations, a field of roughly this size might own a farmer about 12,000 pounds. If they’re allowed to harvest the whole plant, that would rise to as much as 100,000. And there’s no shortage of potential buyers.

– We made some chocolates at one point, brownies, gummies. We even made a CBD kind of Prosecco.

HELEN SMITH: CBD is big business. The market has projected to more than triple in the next four years. Jo is one of many entrepreneurs in the space who has to import his key ingredient from America.

JOSEPH OLIVER: I wish it would come from a UK supplier, which would lower the CO2 emissions, the distance, the cost and clean paperwork, et cetera. It would also bring jobs to the UK. It would allow air quality standards to be within the UK.

HELEN SMITH: And those standards will be key. Ensuring bad practice isn’t legalized, likely one reason for delay. Professionalization say this farm is the future. They hope this greenhouse will soon grow cannabis.

LOUISE MOTALA: There’s a lot of regulatory changes that need to happen in order to create a safe, legal, and a transparent supply chain for CBD in the UK. For us, it’s an opportunity really to apply the same rigor that we apply to our core business , and bring that to sort of UK growing CBD production.

HELEN SMITH: There are many rules, which regulate these plants. Many protect the public, others say some are just outdated and unfair. Helen Smith, Sky News Cambridgeshire.